Just wanted to share a little moment that made me smile. A moment which is one of the reasons that I so much love travelling.

I am currently in Chennai, Tamil Nadu a city of a little less than five million people – it is a big place. Feeling a little under the weather. I am feel saturated with South India, and my feet are itching to go somewhere else. I am craving the mountains, and dreams of going to Kashmir and Ladakh are starting to form. Also the mixture of 36 degrees blazing heat and intermediate periods spend in air conditioned rooms have made me slightly ill – nothing big just a sore throat and all that.

Being in a large city does not help with my current state of mind. I think when anything gets very big it has a tendency to become a little impersonal. Be it a city, an organisation, an enterprise (do not get me started on large enterprises,human resource management, key performance indicators, processes, etc – I will burst!). I can smell people being nice in a fake way miles away. I feel the hunger for money, and people on the street trying to sell me things that I don’t want, rickshaw drivers calling me their friend etc. So to be honest in large cities I get a bit cynical at times.

Now back to the topic of this post – the kind police officer. It all starts with me hitting the streets early this morning with the mission of finding some chai to make everything better. Thats always easy. Chai is everywhere. Also I wanted to buy some raw ginger that I could chew on the help soothe the sore throat. I must have asked a dozen people on the streets, and they simply did not understand what I meant with ginger. For some reason they kept thinking that I wanted to change money (??).

My luck changes and a man dressed in shorts and running shoes asks me what I am looking for. I explain him my situation and that I want to buy some ginger for the throat. He tells me where the nearest market is, and asks if he should take me there on his motor bike (it is less than 100 meters away and its nothing more than a few minutes of walk). I think before I started enjoying the adventures of traveling the world, if I had met a strange man asking me to get on his bike and drive off with him to the nearest market I would have felt shy and said no no it is fine I will walk there myself. But I immediately feel that this is a genuine act of kindness, and I do not waste the chance for a few seconds drive on his motorbike in the middle of the hectic morning traffic in Chennai.

Half a minute later we are standing in the market. The man at the market refuses to take payment for the ginger as he is a friend of the motorbike guy. Happy about this little moment of human kindness I invite the motorbike guy for a chai (even though I had just had a chai a few minutes ago – you can never have too much chai!). We spend a few moments together just finding out what we both are doing in life. It turns out that he is a traffic police officer. I ask him why he is dressed in shorts and running shoes, and he tells me his big passion is playing hokey. So he is heading off to the beach to do a bit of running practise.

When we have finished the tea he is about to pay for it, but I insist that I want to pay – it is my treat. That was the whole point – I wanted to give something back as a gratitude for his help. We say our goodbyes and I walk back to my hostel for some rest and to chew on my ginger. Feeling happy that genuine kindness exist everywhere.

Memories From the Farm

Having just escaped from the busy life in New Delhi, a city of more than 16 millions citizens, the experience of arriving in South India is at stark contrast. It is a total different world from North India. The people here are much softer and less aggressive. People on the street trying to sell me stuff, actually takes no for an answer (ok, after two-three no’s then), people greet me and smile at me randomly. I even had two muslim women wearing their chador outfit walk up to me at the beach, and strike up a conversation with me, as they where so curious about me. 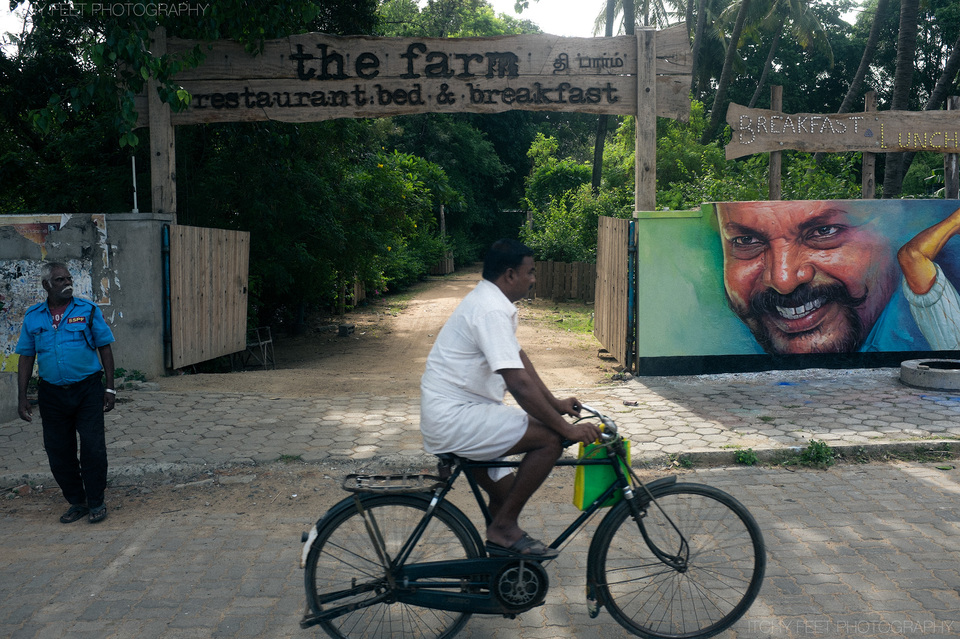 A little bit south of Chennai lies “the farm”, an 70 acre integrated organic farm that was started in 1974. It is run by my friends Shalini, and Arul. The Farm has cows & water buffalo, poultry (free-range chicken & turkey), horses, fields (rice, fodder & vegetables) and plantations (coconuts & eucalyptus).

Their aim is to bring the farm and hospitality together, thereby allowing for more people to enjoy the space. They currently run a restaurant that can seat 50 people and also a Bed & Breakfast.

I found the experience of staying at the farm so refreshing. Such a peaceful, fresh and organic place. You really feel the effort, care, love and passion that goes into making this place. It is a quirky universe of its own. You see old automobiles, restored classic motorbikes, merge with nature itself. You see the animal walking around by themeselves. You see the house dogs having a ball scaring the visitors that let themselves scare (if you pad the dogs you have a friend for life). You feel the respect that Shalinia and Arul have for nature, and you feel that they really want people to get a different experience when they visit this place- different from anything you can find in Tamil Nadu.

The farm was a great escape from the chaos of India. I spend more than a day just roaming around, trying to capture little moments at the farm. Tomorrow I am of to Kerala – hunting for the monsoons. I want to feel the rain! But for sure I will return to the farm soon. I even left some of my luggage there – to make sure that I come back. 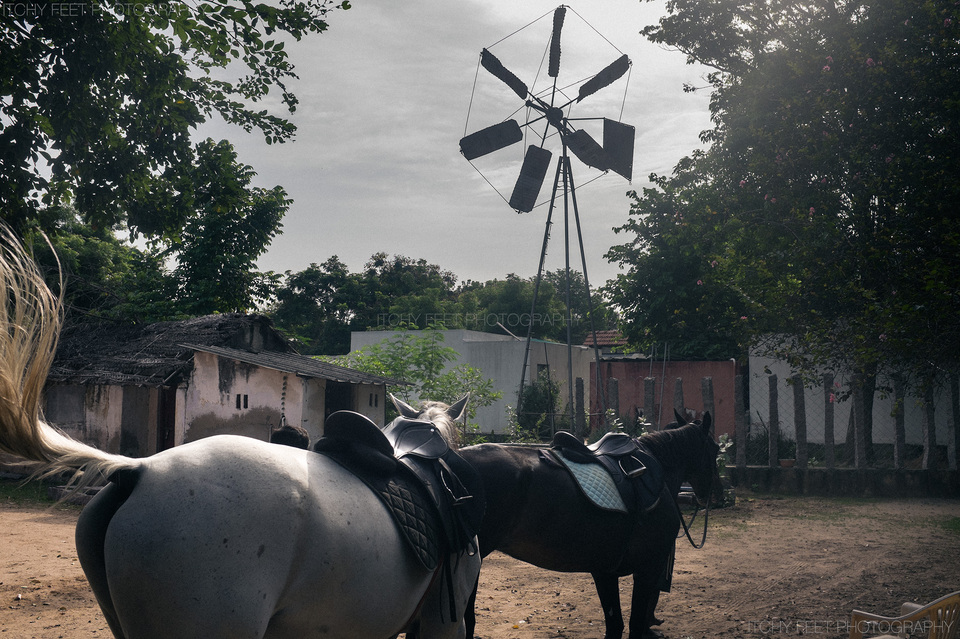 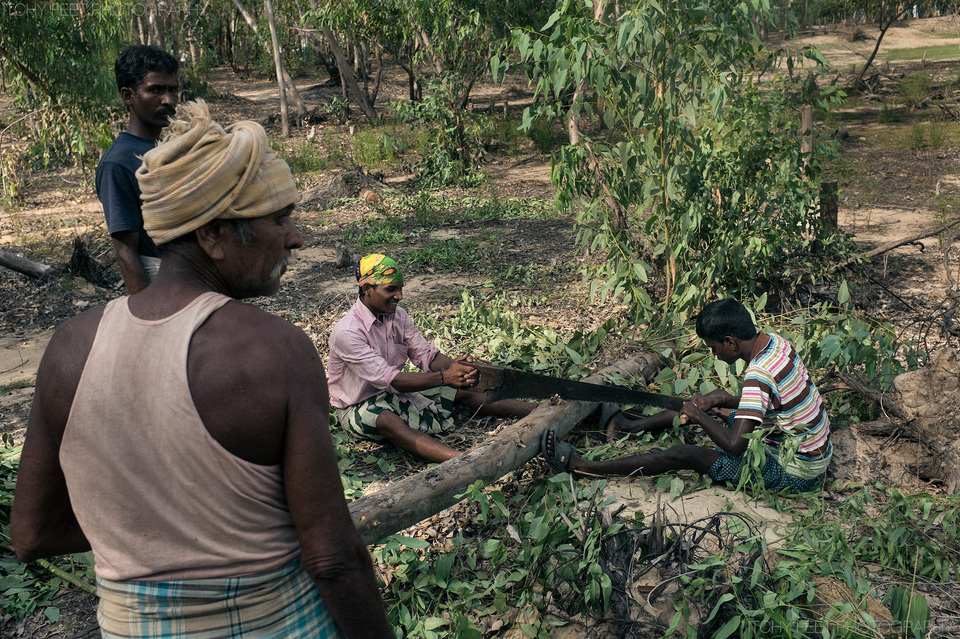 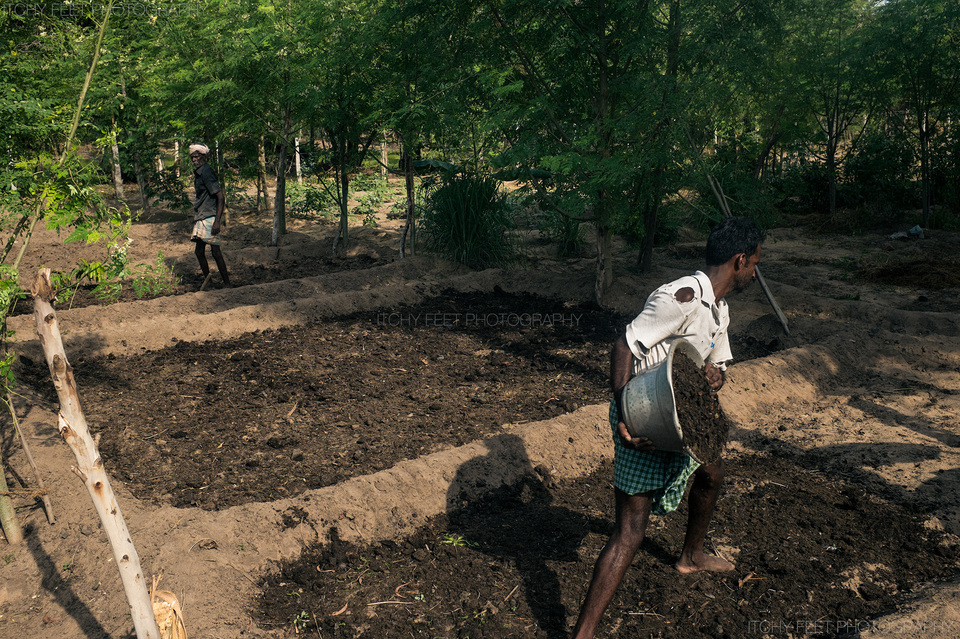 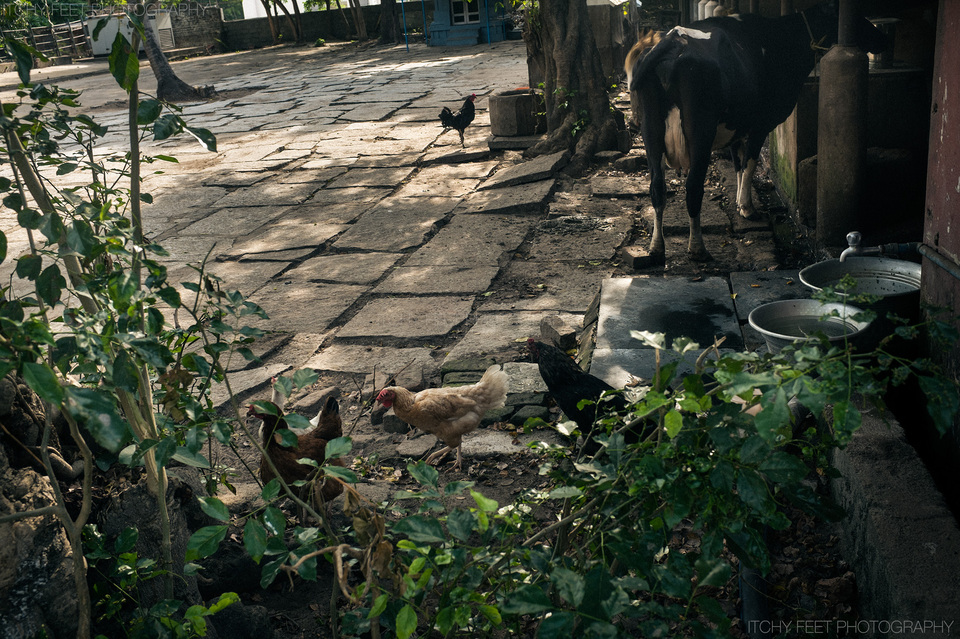 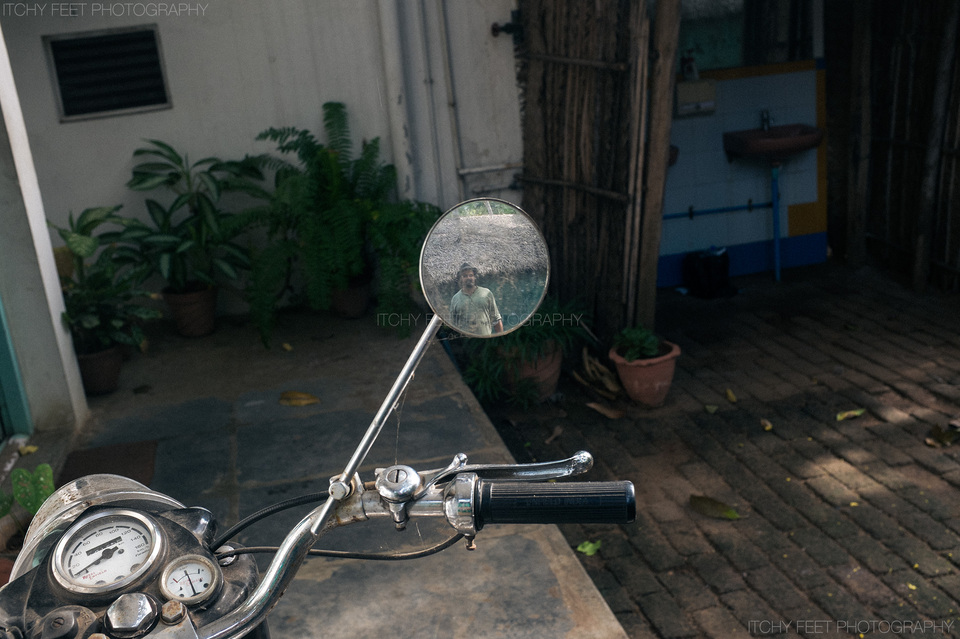