India and the Measure of a Man

After a long flight from Norway, I arrived safely and slightly brain fogged in New Delhi this morning (too much TV on the plane – and a little tip for you if you where considering watching G.I Joe retaliation – don’t!).

Well once I stepped out of the plane, there was no turning back and the reality hit me – India is truly the place where you can only expect one thing – the unexpected. Having retrieved my luggage I excited the airport around 3AM and found myself a taxi driver – or so it would seem, but reality was rather that he found me! He asked me where I was going, and was unsure about the address so he asked for the phone number of the hotel I had booked and rang up the number for me. When I spoke to the hotel in the other end they where very sorry to inform me that my booking had been cancelled due to the ongoing festival.

I would later learn that this was in fact a very well organised scam – kudos for their execution – the first time I have ever been scammed on such an advanced level. The taxi driver entered the phone number, but apparently rang another number where his partner in crime with was pretending to be the hotel I had booked. However, as the hitchhikers guide to the galaxy states on the front page – DON’T PANIC. And I didn’t – six previous visits to India has taught me to expect the unexpected, and go with the flow.

At 4AM I was plenty awake to bargain hard, and I ended up checking into another hotel costing only a fraction of the prize for the one I had original booked online. So even if I feel slightly violated for being scammed, I still ended up saving a fair amount of money.

And this bring me to my point – India is a place where you are measured up for size constantly. There is no point in panicking about feeling violated, because trust me you will feel it a lot during your stay in India! More than a billion people live here, and the Indians are fierce tradesmen, with no time for messing about. And this is exactly one of the reasons I keep returning here. I like having to feel things again. Back home in Scandinavia everything is so organised and non-invasive. Life is very pleasant. Very easy. Very vanilla. In India your senses are constantly bombarded – ranging from the spicy food, to the spicy people, to the whole craziness of this massive society.

In a way it is ironic that I travelled to the other side of the world to test a tiny camera – the fuji x100s, which has been designed to be very unobtrusive and anonymous. Because the camera sure is exactly that. But the man carrying it is not. A white person is always more exposed to attention in India – for sure. But add 195cm height and 110kgs of body mass to the equation and there is nothing stealth about me here in India. 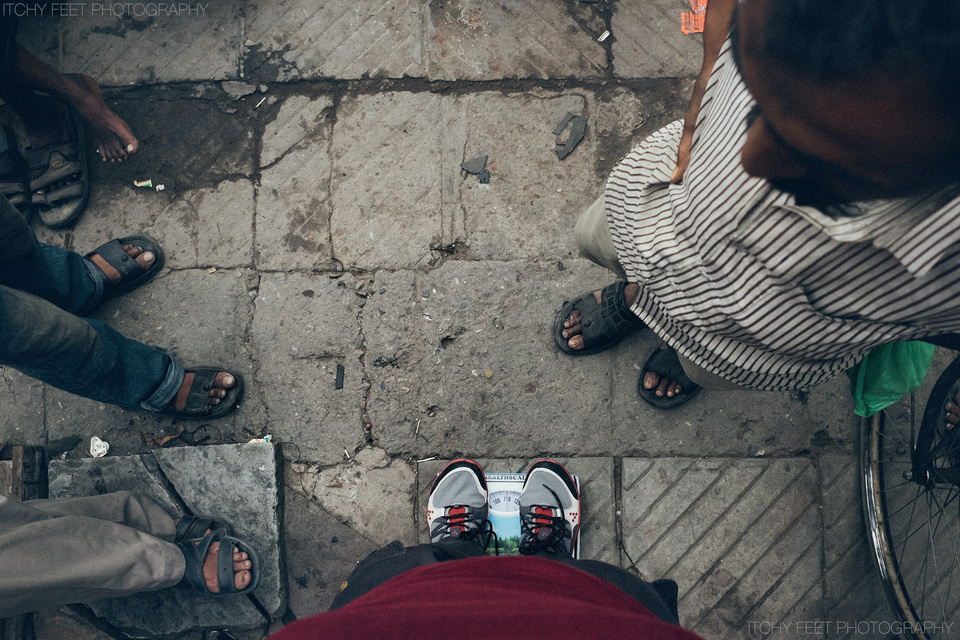 Now you might wonder why I bring up my body weight. Well I will have you know, that I was measured today – literally! During my walks on the street, taking some portraits, a crowd of people got interested in me. So sure this guy is white, and tall, and speaks a bit of Hindi, as if that was not interesting enough – let us weigh the poor guy! So some guy fetched a weighed and I was measured there and then on the street. 110kg. It did not make the locals any less curious about me.

Ahh India – I am happy being back and measured constantly. Expect to see me on your street shortly, with my tiny little camera. And for good measure here is the portrait that I was shooting that triggered the locals to decide to measure me: 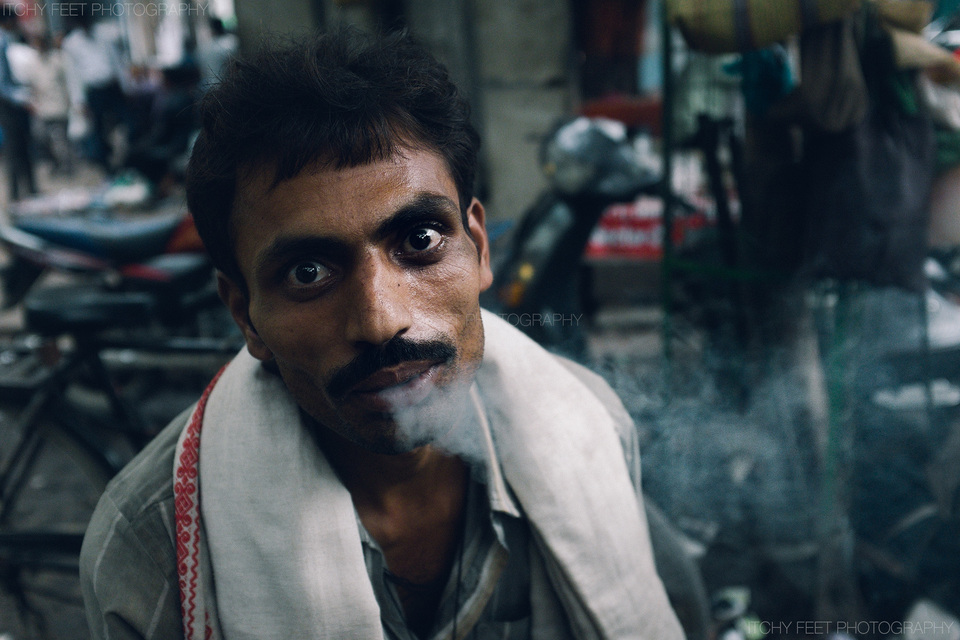